I’ve decided to switch my blog from WordPress to a Jekyll-based system. When this article goes live, the migration should be done. I hope I managed to avoid flooding the planets that aggregate me with old articles (Planet Igalia, Planet GStreamer and Planet GNOME), if I failed, I apologise, feed aggregators are a bit like dark magic to me. 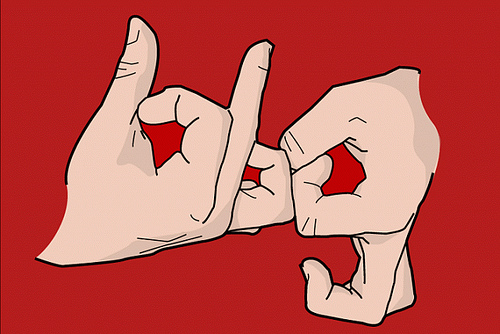 The main motivation behind that is that is that I am very tired of the WordPress editor. I am a programmer and spend my days using the same editor1, which means that I have gotten rather efficient using it, or, at least, that’s the way of writing text that is the most comfortable to me.

In a stock WordPress installation, all you could do to edit your blog post in your own editor is to edit it in HTML and then cut and paste your result in the editor and publish. HTML. Eeek! I don’t want to be editing a tag soup, I want to focus on the content. There are better languages than HTML for that, such as reStructuredText or MarkDown. I did try WordPreSt a while ago but wasn’t satisfied with the work flow it provided, and if I remember correctly, I ended up having to correct things manually.

So, reading up a bit on the internets on what’s available, I got seduced by the concept of jekyll and its principle of offline generation of static pages, and the default workflow is very similar to the one I am used to when doing software development. Also, it seems to be actively maintained and used in GitHub Pages, which gives me a feeling that it’s here to stay. The only drawback that I see to it is that commenting cannot be handled by strictly static web pages. Most people using jekyll for blogging seem to resort to using external commenting services, such as Disqus and friends or even facebook, but I’d rather not depend on an external service for that. I’ve found a solution to that that seems decent to me, and I explain this in a later section.

Jekyll in itself is not a blogging system out of the box, but a good tool to make one. Since I didn’t feel like reinventing the wheel, I am using Jekyll-Bootstrap as a base for my blog.

I’d rather leave my old articles online, while still not have to manage a WordPress installation, so I definitely want to migrate my old articles to the new system. Luckily, jekyll comes out of the box with migration tools to make your life easy. I’ve used the tool that gets the content from a Wordpress export file and it went (mostly) like a breeze, as far as I could check. I only had to modify a bit the image caption code in one article. I still have some image files that aren’t where they should be in old posts, but that was already the case with WordPress. I will need to fix these articles at some point.

The issue that I had left to deal with is to be able to have comments, and to import the comments I had in WordPress. I chose to use Jekyll::StaticComments (code here for that purpose. It is a plugin for Jekyll that takes comments in YAML files and renders them at the end of a post. That still left me with two problems: how do I migrate old comments from WordPress, and how do I let people add new comments?

I’ve written a quick and dirty script with BeautifulSoup that gets the comment from a WordPress export file and generates a suitable tree of YAML files for use by Jekyll::StaticComments. I’ve put it online and called it wp2jekyll-comments.

Jekyll:StaticComments comes with a PHP script that allows one to submit comments. Since I’m an awful geek, I don’t like much the idea of having to use PHP here, so I made my own version of it in Python. I’ve published it as jekyll-comments.

The problem with Jekyll, as far as I know, starts when youve got a decent quantity of posts on your blog the building time starts to be problematic, right?
But for a basic blog, I think static blogging platforms are really interesting. Good luck with the new site!

javipas: Yeah, thankfully, my blog is a rather low frequency thing, so this remains under control :).

jfyi, you can install Markdown for Wordpress and input your posts as Markdown. Ive been doing this for a few years now.

If its so low frequency, seems like rather a waste of time and effort to have switched at all. You could just have used one of the Markdown plugins for WP (this one is pretty good) if the standard HTML or RTF editors really bothered you that much.

Arun & Acos: I should admit I did not try the markdown plugin, but I did try WordPreSt and felt that the whole thing was very awkward to use (I dont remember the specifics, just my feeling about it), and I ended up finding it easier to use rst2html on my box and then cut and paste the HTML result into the wordpress editor... Anyway, I had fun discovering that project and playing with it, and I will probably keep on improving things a little bit.